Today was a lovely, relaxing day. No running around to make photo copies, or go to Immigration. Instead I decided to do a bit of housework. My fridge needed to be cleaned out and I thought it would be a good idea to do some laundry.

Call me silly, but today, after being here almost 3 months, I finally realized I could use my recycling bin in my laundry process. So far what I’d been doing was washing stuff in the kitchen sink, putting them in a bowl, and when the washing was done, emptying the sink and then rinsing everything. And while that worked alright, the bowl was too small to hold everything and I would inevitably end up making a wet, puddly mess on the floor. Today I thought how perfect it would be if I had a bucket. And I looked at my garbage and recycling receptacles. Well, Duh! The blue bin is perfect! I ended up using the blue bin to wash everything in, and then rinsed stuff off under the running water in my kitchen sink. Ta-da! No puddles on the floor!

Cleaning the fridge out wasn’t nearly as exciting. No aha! moments there. Just a couple of limes that had gone bad.

After that excitement, I decided it was time to head to the beach. And again the water was astoundingly clear. It was the same about this time last month too. I wonder if the moon cycles have anything to do with it? 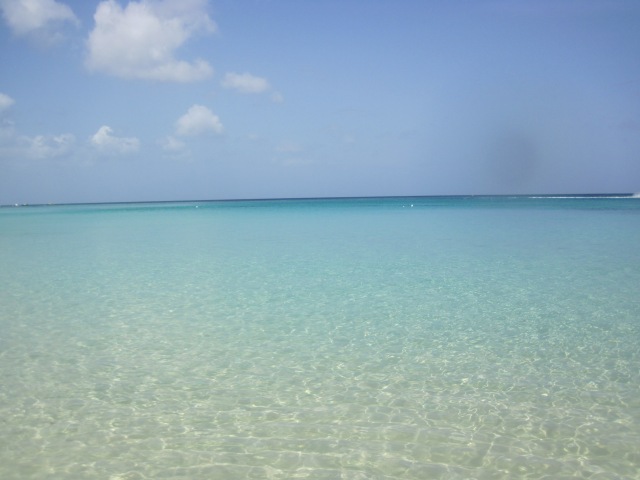 This entry was posted in Barbados and tagged day-to-day life. Bookmark the permalink.

2 Responses to Nothing too exciting…